Source (link to git-repo or to original if based on someone elses unmodified work): https://github.com/PapirusDevelopmentTeam/papirus-icon-theme

Quick question, how would one go about to change the color of the folders? Is there a way to change them all automatically, or do i have to change it one icon at a time?

I will upload a diferent versions for the folders soon in the future :)

Can you do other color themes for folders, e.g. red, ubuntu?

10 10 the best
These are so brilliant and easy to see, just beautiful! Thank you!

7 7 good
Overall i like the new update, but i dont like that a lot of the 'Folder' options disapeared, dropbox-folders, mega-folders, steam-folders and it's not as easy to change the colours of the folders now. But overall i still really like this theme, still my favorite. Just please dont base it Too Much on Papirus, papirus is a very cartoon-y theme.. too cartoon-y even.

Hi,
I'm fans of papirus icons. So it's not hard for me for loving marwaita icons. But I have a few request:
1. Could you please consider to match color file manager apps/nautilus (yellow) with folder color (blue)?
2. Could you please consider to make another folder color variant? At least like papirus blue color variant.
3. The last. I hope you can make new icon design for gnome tweaks app. The default one which is same with papirus is not so great I think.
Thanks!

I don't see any difference between the normal Marwaita icons to the light and dark ones. Also, I like using this theme with a light panel (for example Mint-X) but the author should just have imported the Steam notification icon instead of making a pale, borderless, gray-on-white thing: https://ibb.co/9sz6ttf
And this is the one this theme could use: https://ibb.co/9wQsgnb

First of all, thank you for replying.
Now, lets get to it. I'll respond to each statement you provided with screenshots.
Starting with this one:
"marwaita dark uses white symbolic icons for dark themes with dark panels"
That is true. My notification icons such as Steam and Update Manager all turn white when I change the panel theme to Linux Mint (which is a dark panel): https://ibb.co/vw7yhx6
I like the tone you set for symbolic icons, especially when viewed from the file manager. BUT some file extensions need an extra work. For example, have a look at this screenshot: https://ibb.co/Q6CSGP6 . ODT and DOCX have the same symbolic icon, so here's my suggestion for the next version of this theme. Care to create an extra one for Microsoft Office applications (or for Libre Office ones)?

Next, you said: "marwaita light uses black symbolic icons for light themes with light panels"
Hmm that may be true, but if that was your intention, it doesn't do that to ALL notification icons. Steam and Update Manager remained untouched (gray) when I changed the panel from 'linuxmint' to 'mint-x', which is a light/bright theme: https://ibb.co/KxmHnyX
As a result, you have gray on white. The same goes for Marwaita Dark BTW.

And judging Marwaita Light by its name, anyone could come to the conclusion, as the name states, it's supposed to go with a bright environment. Which, again, needs a rework if that was the case.

That's what Marwaita Light was supposed to do, isn't it? Unless you meant your theme is supposed to be used for dark controls only, but I believe this theme has a lot going for it. The Application Icons are great (for a dark background). So much so, your theme is the only one that managed to beat POP-Icon-Theme, which was the one-and-only I had going for over two years! The only downside is that Marwaita belongs to a dark environment for now. The lack of border for symbolic icons, the lack of more dark notification icons to go with a bright panel won't let it spread its wings and embrace brighter environments.

I hope you take this feedback into account when you decide to give this theme another version. Thank you for the time and effort you've put into this.

Yes. Marwaita Light with 'Mint-X' panel.
The Dark variant of your theme gives the same result.

are you install it on /usr/share/icons/ ?
https://imgur.com/a/GahmFWa

I went with the 'install' button this time, from this website. By the looks of it, it seems it installed it on /home/my_user/.local/share/icons.

I followed your hint and then moved the folder labeled Marwaita Light to /usr/share/icons.
https://ibb.co/7zhWx2t
That fixed the update manager icon, but Steam remains the same. Also, file icons are still white on a white background:
https://ibb.co/JKJ6x0j

i dont update the files still. please reinstall the icons on /usr/share/icons :)

10 the best These are so brilliant and easy to see, just beautiful! Thank you!

7 good Overall i like the new update, but i dont like that a lot of the 'Folder' options disapeared, dropbox-folders, mega-folders, steam-folders and it's not as easy to change the colours of the folders now. But overall i still really like this theme, still my favorite. Just please dont base it Too Much on Papirus, papirus is a very cartoon-y theme.. too cartoon-y even. 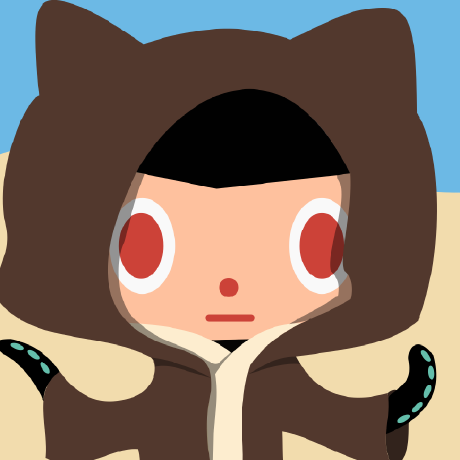 Marwaita Icons is part of Artwork and other Themes, which is supported by the following people:

mark this product as clone
Other Full Icon Themes: